“I’m on my way to record memories,”

says Rocky to his wife, Kristi, before he
leaves to cover a sports game…

Growing up on his family’s wheat farm outside of the tiny town of Vida, MT, Rocky Erickson’s father always told him, “One day, son, this will all be yours.” But already, Rocky felt pulled toward two passions: watching sports and telling stories. At eight years old, he lived and breathed sports, watching older kids practice and learning the plays. By age 10, he had his own reel-to-reel tape recorder and he’d stand in the bleachers at local sports games, giving play-by-plays. He was hooked.

Rocky went on to graduate from high school in Wolf Point and then moved on to Liberty University in Lynchburg, Virginia, where he received his degree in Telecommunications in 1982 before moving back to Montana to become a sportscaster. There, he met and married his wife Kristi and settled down in Billings, MT, where Rocky gained a reputation as a walking encyclopedia of sports records. He eventually became widely known in the industry as the Montana sports authority.

During his 25-year years working with Northern Broadcasting, Rocky was awarded the Montana Sportscaster of the Year Award seven times by the National Sportscaster and Writers Association, in addition to running a popular daily radio show, Montana Sports. In 2018, he founded Rocky Erickson Sports and began producing Montana Sports along with his new show, Rocky Erickson Sports Stories, independently. Rocky also speaks at events across the country, telling all kinds of stories live for people from all walks of life.

…And at the end of each game, Rocky speaks
his famous line into the loudspeaker, 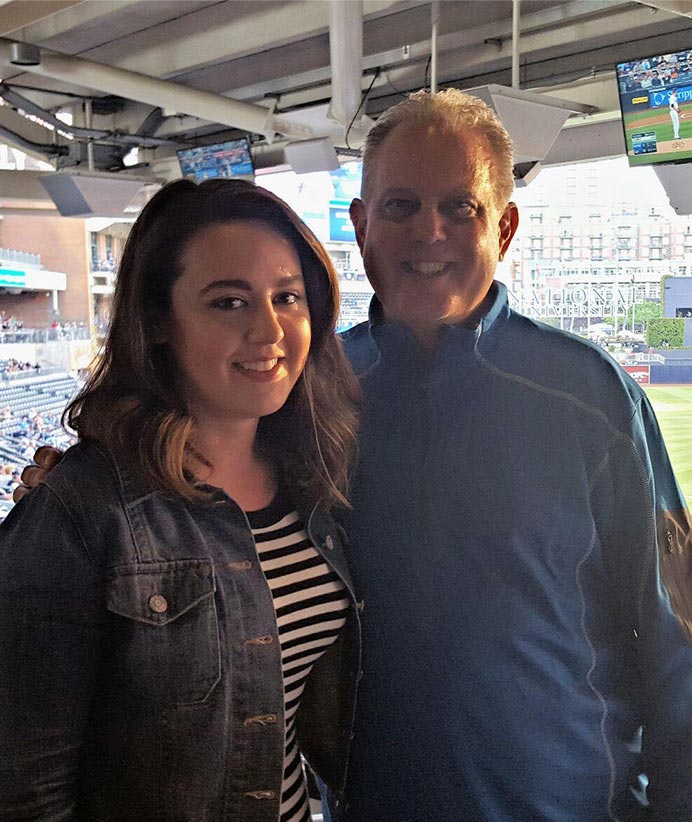 Rocky became interested in Holocaust survivor stories when he served as a chaperone for his daughter’s trip to the Holocaust Museum in Washington, DC. Later he traveled with another group to Auschwitz and connected with Eva Kor, a Holocaust survivor who speaks out about her experiences at Auschwitz and about her beliefs on forgiveness. Rocky has told stories from this collection at schools and churches across Montana and the West.

Interested in having Rocky speak at your next event?

Reach out directly and get in touch.